How Creeping and Crawling Influence Children’s First Step in Education

This article by Sheila Wayman for The Irish Times, published June 2, 2015, explains very well how movement and learning are linked. At Solaris, we work with children to help them integrate reflexes and build a strong physical ‘base’ to support learning and social interactions.

‘GREY-AREA’ CHILDREN, WHO ARE NOT PHYSICALLY DEVELOPED, MAY UNDERPERFORM IN THE CLASSROOM

It’s endearing the way newborn babies fling their arms out when somebody closes a door too loudly, in what is known as the “startle” reflex. And the way they instinctively grasp an outstretched finger, or turn their heads to “root” when their cheek is stroked.

These are all examples of primitive reflexes that should disappear between six and 12 months as the brain starts to inhibit them when more sophisticated, neural functioning begins to develop. If these reflexes persist, they will interfere with the mastering of intentional control of muscles and, in the run-up to starting school, hinder the development of physical readiness for academic learning.

What is later seen in the classroom as bad behaviour, lack of impulse control, poor social skills and difficulty in learning, despite good intelligence, may, in some cases, be symptoms of an underdeveloped central nervous system.This issue of what’s called “neuromotor immaturity” brings a whole other dimension to the common parental dilemma of whether or not a child is ready to start school. It’s a topic that will be addressed by the director of the UK’s Institute for Neuro-Physiological Psychology (INPP), Sally Goddard Blythe, at a seminar in Tralee, Co Kerry this Saturday, June 6th.

Entitled “The Secrets of Thriving Children”, it’s the annual conference of the locally based Parenting Our Children – Art and Science, which has a great record in securing interesting keynote speakers. Last year it had the renowned Australian parenting writer Steve Biddulph.

Physical maturity supports learning at all levels, Goddard Blythe tells The Irish Times, ahead of her visit to Tralee. “Just as with any foundations, if they are a bit rocky, it doesn’t matter how good the intelligence in the executive brain at the top, it is going to have to work much harder because it hasn’t got the structural support from underneath.”

She quotes the philosopher and educationalist Rudolf Steiner as saying the time of reading readiness comes at the time of shedding the first milk teeth, usually around age six.

“While there may not be a scientific basis for that, there is a lot of empirical evidence that it is probably a valid observation,” she remarks. As a result, the education systems in Britain and Ireland may be “forcing – not all, but some – children into reading and writing before they have all the neurological tools in place to be able to succeed”.

There is a big variation in children’s development, Goddard Blythe stresses, and some children will be ready at four, while others won’t be ready until they are nearly seven. “Those who are not ready are the ones who are potentially at a disadvantage, unless that is recognised” and a physical remedial programme put in place, she says.

Going back 30 or more years in the UK, every child was assessed by a doctor at the time of school entry, she says. They were asked to do simple physical tasks such as stand on one leg, hop to the end of the room and back, pile some bricks, as well as have their sight and hearing tested. “Those tests were phased out because they didn’t know what to do with the children who failed them,” she says.

Her institute has developed screening tests for neuromotor immaturity that teachers can use, as well as movement programmes they can implement to help children overcome it.

We’re talking about “grey-area children” here, Goddard Blythe explains. “They’re not bad enough that they are picked up as having a medical problem but neither do they have all the tools in place to succeed in the classroom.”

In 2005 the INPP published a series of studies, of which the biggest was conducted in Co Antrim, where the institute’s screening tests were used and the results compared to educational measurements in children aged five to six and eight to nine.

“They found 48 per cent of the five- to six-year-olds still had traces of baby reflexes that should not be active beyond the first year of life, and that 35 per cent of eight- to nine-year-olds had a similar profile, and there was a correlation between neuromotor immaturity and lower education performance.”

Similar findings are being made in an ongoing study in the UK and the day we speak she has just got results from schools in New York. “They all show that children with lower physical skills are performing in the lower third of every group they are looking at in educational measures.

“We can’t say it is the cause,” she stresses. “It could be part and parcel of the same thing, but it suggests a very interesting picture and that there is room for remediation in the physical sense, rather than simply looking at more reading and writing.”

The remedial programme she and her colleagues have devised for teachers involves 10 minutes of exercises in school every day for an academic year, taking children through repetitions of movements they should have made from being an infant to the creeping and crawling stage of development.

But the improvement in educational measures occurred only in a much smaller group: those who had both neuromotor immaturity and were underperforming at the outset. However, that is what the programme is targeting: “It wasn’t designed for those children who didn’t have problems,” she points out.

What can parents do to reduce the likelihood of such problems arising? Well, for a start, we need to know that we turn our backs on nature and evolution at our children’s peril. Early learning is done through movement.

With an over-riding emphasis on academic achievement and developing technology we are hot-housing cognitive skills, “at the expense of the fact that we are all mammals”, says Goddard Blythe. “Mammals require sensory, emotional and social development before they become adults.”

There is “growing ignorance among first-time parents – just as bad among the highly educated as among the other socioeconomic groups – of what babies and children need in biological terms from the environment in which they are developing, to become well-rounded, well-adjusted children”, she continues.

Without wanting to guilt-trip parents, she says they can help to minimise the potential for developmental problems but they can never eliminate them because there are so many different reasons for them.

The mother of three grown-up children, Goddard Blythe was amazed at the array of modern baby equipment when her first grandchild was born five years ago. Not only could you buy a car seat, but a car seat you take out with the baby in it, place in a rocker and then press a button so that it plays nursery rhymes and rocks at the same time.

“That’s lovely, and nobody is saying a parent shouldn’t do that for periods of time, but the danger is that they get overused,” she warns.

Then the child is deprived not only of the movement experience they get by lying on the floor, waving their arms and legs in the air, but they lose out on touch and communication between parent and child.

“Artificial equipment does something completely different,” says Goddard Blythe, whose books include The Genius of Natural Childhood. Children pick up nuances of mood from the quality of a parent’s touch and movement, from how they are held and whether the parent has time to talk to them, the eye contact, and so on.

“All those are non-language verbal skills that contribute up to 90 per cent of effective communication between individuals later on.”

And “when I see the iPad plonked on the front of baby equipment, I think, really . . . ” she trails off as her effort to be diplomatic about modern parenting wears thin.

“Conversation is completely different from sitting in front of an iPad where the entertainment is provided for you: lots of things are thrown at the baby but the iPad is not interested in what the baby has to say back.”

CONVERSATIONS WITH A BABY

Studies led by psychology and psychobiology professor Colwyn Trevarthen at the University of Edinburgh have shown if an adult doesn’t wait for the baby to respond when carrying on a “conversation”, the baby gives up trying, says Goddard Blythe.

Before babies can talk they will respond to conversation through babble, kicking their feet or making facial expressions. “They try to talk back; if you wait they will continue to try, but if you ignore it or interrupt, the baby gives up.”

Other traditional parenting practices such as singing lullabies also have a specific developmental spin-off. “Singing slows down the sounds of speech in preparation for being able to hear the individual sounds in reading,” she explains. And then being read to frequently in early childhood is a big help in developing speech, vocabulary and reading skills.

Meanwhile, as the human race has “become almost too good”, she remarks, at minimising physical effort. “Children are missing out on the building of physical vocabulary, which is what helps us to understand the world around us. “We are losing the recognition of how important physical development is for anything else we want to happen later on.”

Sally Goddard Blythe is speaking at the ‘Parenting Our Children’ conference this Saturday, 9.30am-1pm, at the Institute of Technology, Tralee, Co Kerry. 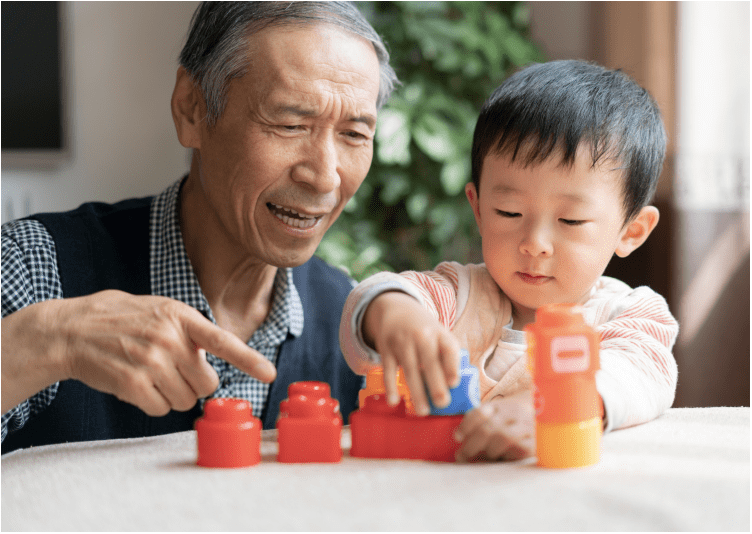 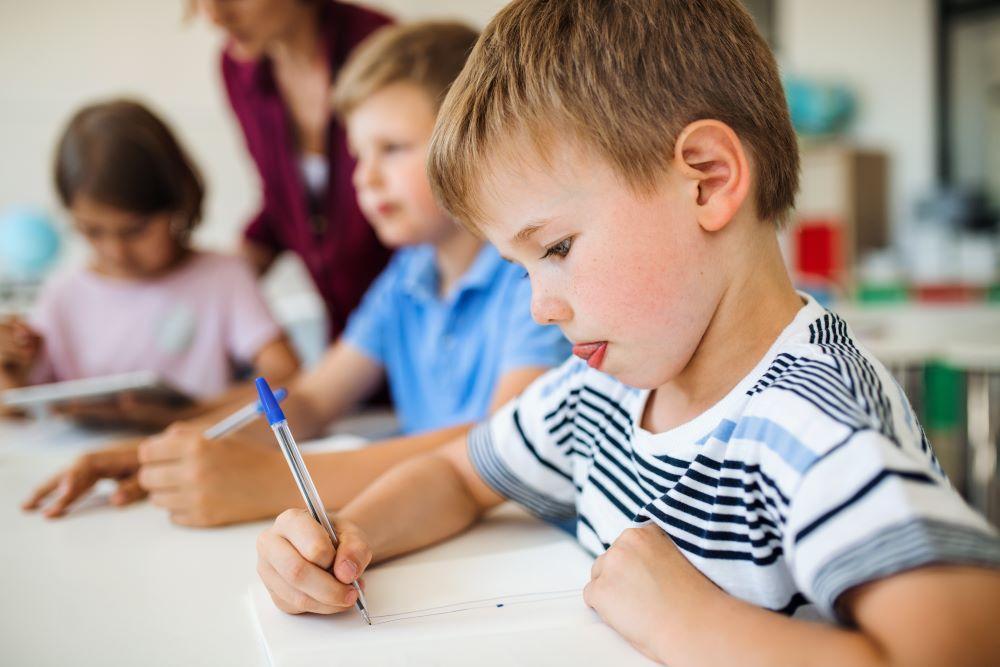 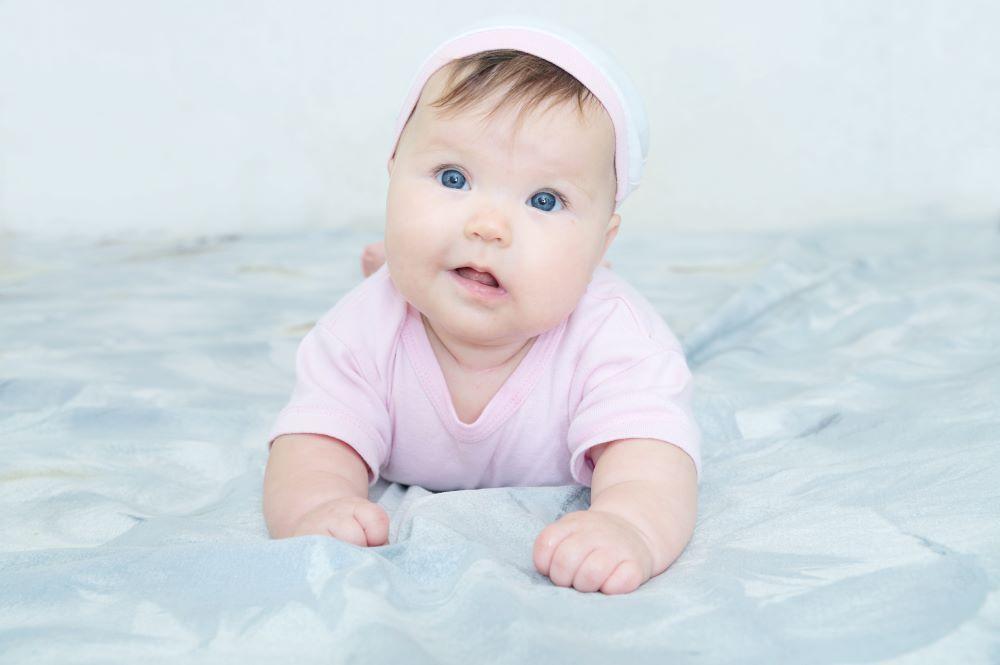 A look into torticollis and the effects this has on a growing baby's development. 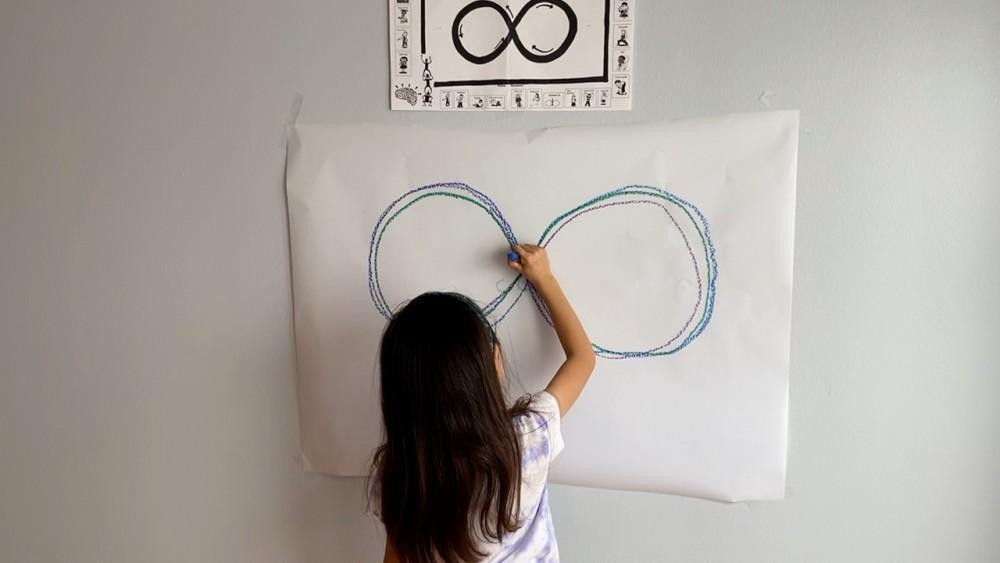 Bilateral integration supports nearly every movement we do. Here we discuss how it contributes to handwriting and keyboarding skills. 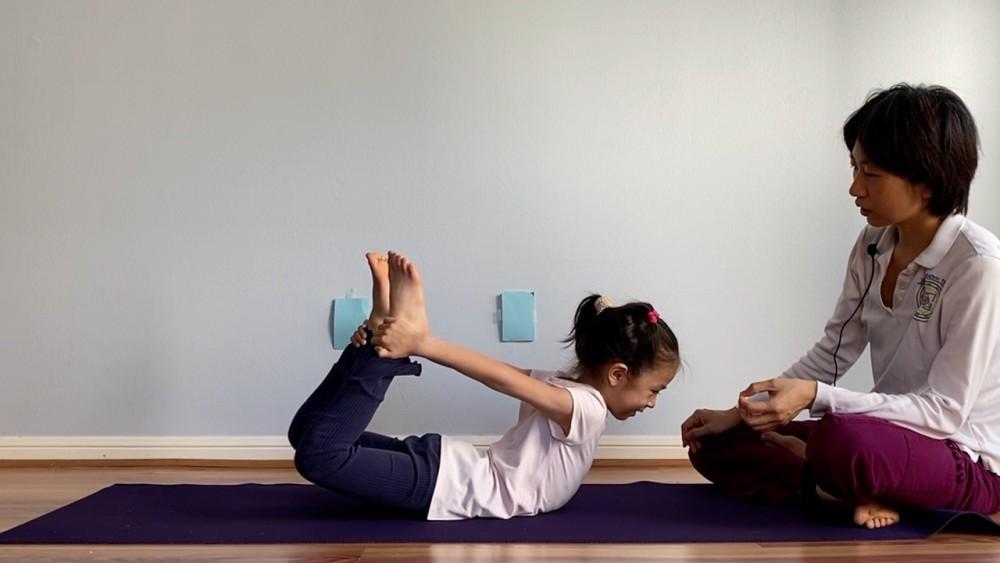 Shoulder stability is necessary to maintain and change the position of the shoulder to support the arm and hand. This is important for handwriting and keyboarding. 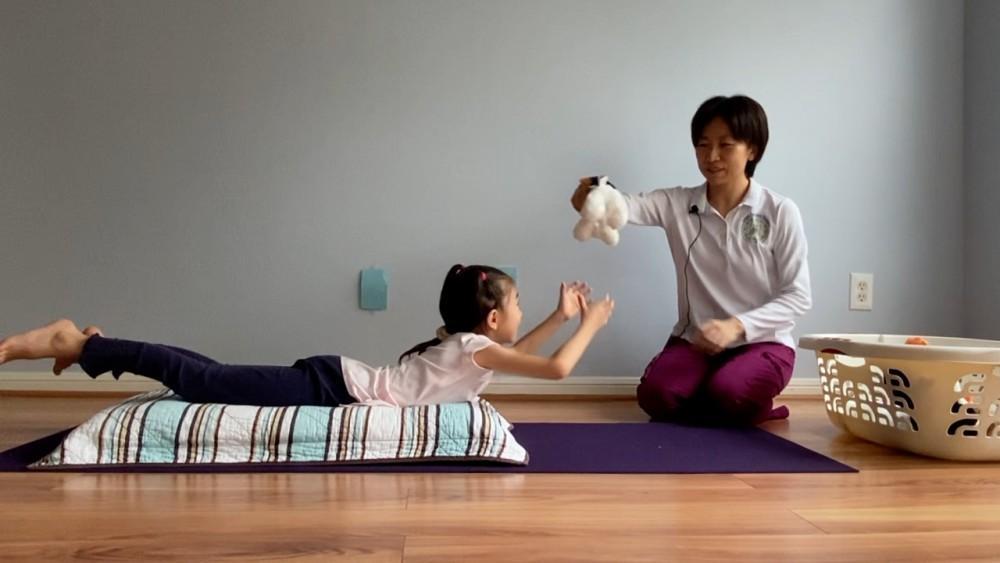 Postural Control refers to the ability to maintain and change the position of the trunk and neck.